Though lithium-ion batteries are already powering various devices that we rely on every day, and their presence in vehicles and on electricity grids is rapidly increasing, the technology still has a few shortfalls when it comes to performance and longevity. 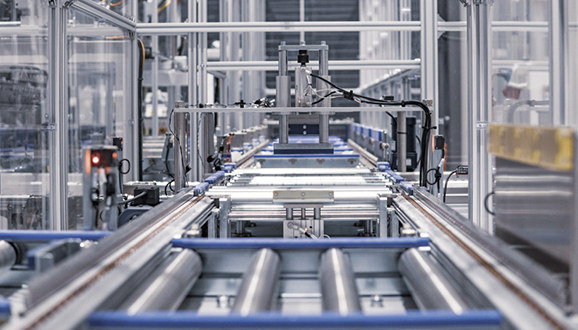 Much of the research that’s underway into improving today’s battery technologies is focused on working with new materials, also keeping in supply chain and environmental concerns related to several commonly investigated materials. But whatever material is used, sophisticated new techniques allowing scientists to observe mechanisms at work within the battery in minute detail will be essential to understanding where the issues that hold back performance are occurring, and how to get around them.

Two separate studies published in the past month have used such techniques to examine the role of oxygen in lithium-ion battery performance. It was already known that as the battery charges and discharges, tiny amounts of oxygen are released. But the tiny scale of this process makes it difficult to observe, and the wider effects of oxygen loss are not well understood. “The total amount of oxygen leakage, over 500 cycles of battery charging and discharging, is 6%,” explained Peter Csernica, a scientist at Stanford University who worked on one of the studies. “That’s not such a small number, but if you try to measure the amount of oxygen that comes out during each cycle, it’s about one one-hundredth of a percent.”

In the study led by Stanford University, the group sliced open battery electrodes after cycling and scanned samples using an x-ray microscope; and combined this with computational imaging to observe the structure at the nanoscale. They also shot x-rays through whole electrodes, to confirm that their observations at the nanoscale could be applied to the full component. Results of this analysis have been published in Nature Energy. The group found that oxygen is initially released in a ‘burst’ from the surface, and then a slower ‘trickle’ from deeper inside the cathode.

And they found that the release of oxygen fundamentally alters the structure of the cathode: “When oxygen leaves, surrounding manganese, nickel and cobalt atoms migrate. All the atoms are dancing out of their ideal positions. This rearrangement of metal ions, along with chemical changes caused by the missing oxygen, degrades the voltage and efficiency of the battery over time,” explained Stanford associate professor William Chueh. “People have known aspects of this phenomenon for a long time, but the mechanism was unclear.”

In a separate study, published in Advanced Energy Materials, scientists led by Japan’s Tohoku University found that, in a cathode based on equal amounts of nickel, cobalt, and manganese the oxygen release facilitates several unwanted reactions that deteriorate the battery structure, and that the presence of highly valent nickel in the cathode led to higher levels of oxygen release, and that the process overall reduces the battery’s ability to hold a balanced charge (valence is a measure of an element's capacity to combine with other atoms).

By highlighting the role played by oxygen in battery degradation and confirming that it may be a more important piece of the puzzle than previously thought, both of these studies promise to provide the basis for future work that takes into account, or even focuses on, limiting the loss of oxygen during cycling and the damaging effects this has on the battery.