This is said to be made possible by an electrochemical cell containing a ceramic membrane made of lithium lanthanum titanium oxide (LLTO). The crystal structure of LLTO contains holes through which lithium ions can just fit and be directed into a separate chamber – larger metal ions, on the other hand, will be blocked. “LLTO membranes have never been used to extract and concentrate lithium ions before,” says developer Zhen Li. 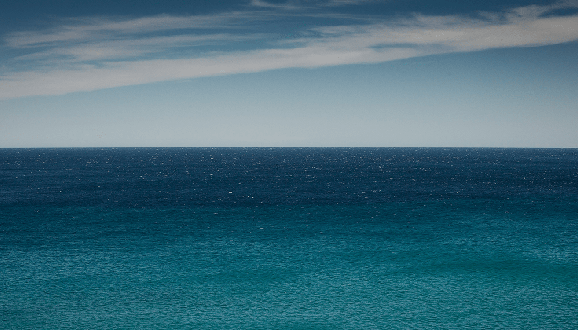 The researchers say they have tested the cell with seawater from the Red Sea. At an operating voltage of 3.25 volts, hydrogen was produced at the cathode and chlorine gas at the anode. Lithium-containing water accumulated in a side chamber behind the LLTO membrane. After four further treatment cycles, this liquid had reached a lithium concentration of more than 9,000 ppm.

From this solution, it should be possible to obtain solid lithium phosphate, which contains only traces of other metal ions. This means the material is pure enough to meet the requirements of battery manufacturers, the Saudis say.

“We will continue optimizing the membrane structure and cell design to improve the process efficiency,” says group leader Zhiping Lai. His team also hopes to collaborate with the glass industry to produce the LLTO membrane on a large scale and at an affordable cost. The researchers do not provide details on when such membranes could be available in larger quantities.

Plans to extract lithium from seawater are not new; IBM Research already reported on battery materials from seawater at the end of 2019. Although the oceans contain incomparably more lithium than the reserves on land, the material only occurs in seawater in extremely low concentrations. In its report, KAUST mentions a lithium concentration of only 0.2 ppm, while the lithium occurrence in the oceans is about 5,000 times higher than on land.

In order to extract this lithium on a larger scale, enormous amounts of seawater were needed with the methods of previous research projects – and thus also a lot of energy to pump these amounts of water through the facilities. The Saudis’ method is supposed to solve this problem. According to their report, they estimate that with their development, only five US dollars worth of electricity would be needed to produce one kilogram of lithium phosphate with the cell. Added to this would be the value of the hydrogen and chlorine produced. In addition, the remaining seawater could be processed into fresh water in desalination plants. This would “more than compensate” for the costs.