The four initiators mentioned above – three based in Germany, one based in the Netherlands – have commissioned the Deutsche Gesellschaft für Internationale Zusammenarbeit (GIZ) to coordinate the partnership and set up a so-called multi-stakeholder platform comprising all relevant actors in the Salar watershed – from civil society groups, including indigenous communities, to government institutions and mining companies. “In today’s highly interconnected value chains, responsible corporate behaviour is based not only on cooperation with business partners but also on constructive engagement with governments and civil society,” the four partners explain the approach. 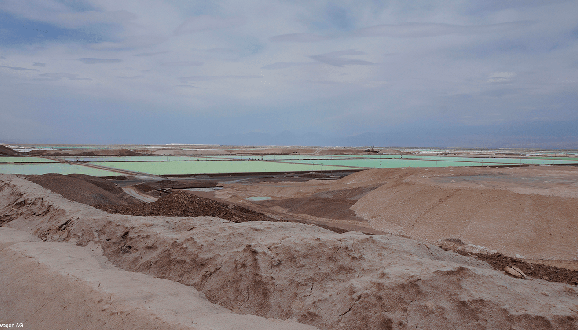 According to Volkswagen, the Responsible Lithium Partnership started in spring 2021 and has a planned duration of two and a half years. It does not promote the procurement of lithium or the purchase or sale of mineral raw materials. Rather, the aforementioned platform is intended to contribute to a common understanding of the status quo and to jointly develop a vision for the future of the watersheds of the Salar de Atacama. Furthermore, according to the people from Wolfsburg, a joint action plan for improving the long-term management of natural resources is to be developed and implemented in the first steps. Another goal is to compile available technical data, review it, improve it if necessary and increase its accessibility.

The background to the initiative is the fact that the rise of electromobility and digitalisation will inevitably lead to increasing demand for lithium in battery production in the coming years. The world’s largest lithium reserves and an important part of current production are located in the Salar de Atacama salt lake.

“The region’s ecosystem is fragile and there is a lack of consensus regarding the impacts and risks of lithium mining and other economic activity in the region. Potential risks derived from water and brine table shifts could potentially harm the ecosystems and affect local livelihoods. Volkswagen says that addressing such water-related risks effectively requires the collaboration of stakeholders.” Together with the three co-financing partners, they are aware of their responsibility along the entire supply chain, including their human rights due diligence in raw material procurement and production.

Among the groups mining lithium at the Salar de Atacama salt lake is the local company SQM (Sociedad Química and Minera de Chile), which recently signed a long-term agreement to supply lithium products with LG Energy Solution. The US American chemical company Albemarle and others also mine lithium at the Salar de Atacama. In addition, there are other salt lakes in the triangle of countries between Argentina, Bolivia and Chile, which together with Salar de Atacama are said to have about half of the global lithium deposits.