Anyone who followed last week’s confirmation hearing for Jennifer Granholm to become secretary of energy, will remember that a hefty portion of the hearing focused on the United States’ place in the electric vehicle (EV) marketplace, and in the battery world overall. 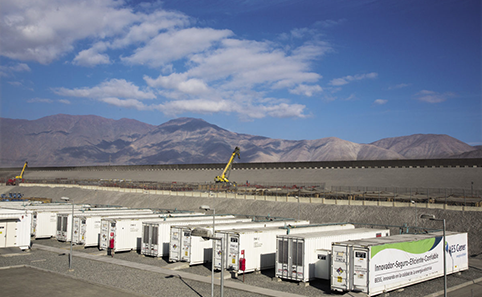 (Read our coverage of the hearing.)

Energy and battery storage are set to be the lynchpin of a transition to a carbon-free economy and greater adoption of renewable energy. Even so, most experts say that the U.S. is significantly behind much of the world in usage and manufacturing. This reality will need to be quickly addressed by the Biden administration. pv magazine spoke with Kurt “Chip” Breitenkamp, vice president of business development at NanoGraf, who offered insight into how the administration might tackle the battery and storage challenge.

Already, the Biden administration has created significant battery and EV demand through the “Made in America” executive order signed in late January. The order directs the federal government to replace its entire existing vehicle fleet with EVs.

“If we believe that electrification is going to be the future of the new green economy, we can’t be reliant on other countries,” said Breitenkamp. “I think we learned that lesson from fossil fuels over the last 50 years.”

Breitenkamp said that the demand created by the federal government will create upstream demand for batteries and the materials used to construct them. That, in turn, will create a much more dynamic American battery market. From there, the hope is that corporations and other entities will recognize the capacity of battery manufacturing and look to invest still further in the technologies.

The biggest challenge to achieving this reality is the middle part of the “smiling curve”: manufacturing and production capacity. While a major focus of research and development is on battery technologies and massive potential demand exists for these technologies, domestic manufacturing capacity is virtually non-existent.

Making those batteries requires the supplies to go with them, and that means developing an American battery production supply chain.

One of the biggest issues involves cobalt, which primarily is sourced from the Democratic Republic of the Congo and has a dubious supply chain. But Breitenkamp asserts that this may not be the most difficult obstacle to hurdle.

Instead, he said that battery manufacturers are increasingly moving their chemistries away from cobalt. If the United States were able to set up an effective market for battery and electronic recycling, that would greatly reduce the country’s reliance on new, mined cobalt. To date, battery recycling has been underdeveloped but the potential for greater expansion exists, according to Breitenkamp.

He cited the opinion of JB Straubel, co-founder and former CTO of Tesla and now CEO of Redwood Materials, who said that thousands of tons of cobalt exist already in the U.S. in the form of unused electronics.

“The reality is that China has shipped us enough cobalt in the form of finished products that, if we recycle that, we might have enough cobalt without having to worry about that being part of the U.S. supply chain,” Breitenkamp said.

As for nickel, graphite, and lithium, the United States may have to turn to Canada and countries in South America, where the resources are plentiful. For example, considerable nickel and graphite resources exist in Canada, which is especially important given that China historically has dominated graphite production. As for lithium, the resource is plentiful in South America, especially in Chile.

Breitenkamp raised the idea of a trade treaty, similar to the United States-Mexico-Canada agreement, that the United States could pursue with Canada and South American lithium-producing countries to create a resilient and equitable supply chain.

A focus on jobs

As important as the raw materials are to create a battery, job creation is at the forefront of Biden’s energy policy.

In her hearing, Granholm shared the goal of creating 10 million jobs focused on transforming energy systems. A major challenge will be retraining former fossil fuel workers in the new energy economy. Any transition cannot be equitable if these workers are left behind, the administration has argued.

“We have technologies that are ready now, we have jobs that are ready now,” said Breitenkamp. He said a key challenge is creating enough demand to further develop clean energy solutions like batteries and energy storage. “If it were easy, we would have already figured it out.”